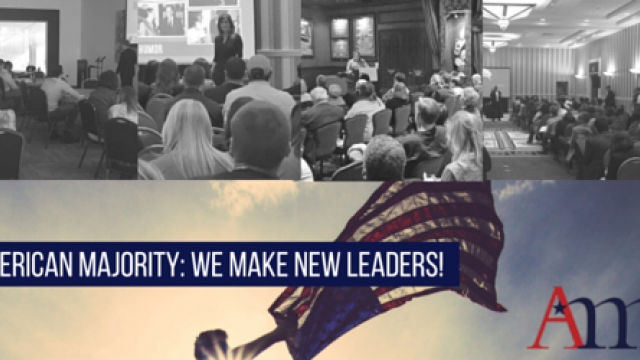 American Majority works to build a farm team of new leaders at all levels of government. Our trained New Leaders include 5 State Senators, 18 State Assemblymen and Assemblywomen and 1 County leaders. The farm team builds from the local and state levels of government.  These leaders are also the folks who will hopefully take the next step to run for higher office down the road, creating a pipeline of conservative public service.

Nate Nelson, the Wisconsin Executive Director of American Majority, said “Congratulations to all the winners! Since opening our Wisconsin office in October 2010, we have trained 177 new leaders who’ve gone on to victory across Wisconsin. American Majority is helping to ensure that solid conservative candidates have the tools to be successful in their campaigns and we are thrilled to see these results in Wisconsin.”

About American Majority
American Majority is a non-profit and non-partisan political training institute that believes change must begin at the local level, through engaged citizens effectively implementing freedom. We believe that individual liberty is achieved through limited government and free markets. We believe in lowering the barrier to entry for citizen participation in our republic. By training new leaders and activists to be effective today, we are enhancing America’s tomorrow.  Visit us on the web at www.americanmajority.org or follow us on Twitter @AM_National.