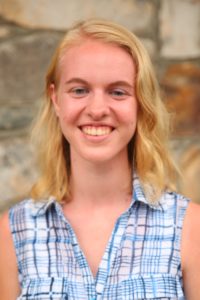 One of the strengths I utilized during CIAD was my previous experience as a campaign manager. I also used my leadership skills, my determination, and my eagerness to fight for my candidate during this process.  A lot of work goes into running a campaign, and many staff members are needed to win. There are many stressful times when something goes wrong or when something comes up that needs to be resolved.

CIAD gives students the opportunity to experience what it is like running a campaign and ride the ups and downs of a campaign, whether you succeed or fail at different tasks. Our team learned how to communicate and help each other with the assigned tasks. My candidate and I worked closely together to create his press releases and his message, as well as other assignments. CIAD taught us the importance of working together and being on the same page throughout the whole campaign process.

I highly recommend experiencing CIAD for yourself if you are at all interested in the campaign process, whether you want to be a part of it or help in the future. Just remember to prioritize, communicate, and ultimately work together the entirety of the day.