Campaigning in a Crisis | Tyler Martell

Running a successful campaign is a difficult feat at any time. There are so many facets to running for office from fundraising, to door knocking, and getting volunteers – all of which is generally done through face to face contact. Add a worldwide pandemic into the mix and you are left with what could easily become a jumbled mess. We at American Majority have adapted to the quickly shifting landscape of politics through hosting regular webinars to help candidates and campaign staff as they try to navigate this unanticipated interruption to the normal political process.

Just because the world slowed down for a few months does not mean that the government does too. Our communities need strong, passionate leadership more than ever and a free and fair election is how they will get there.

Local government is a place where new ideas and new voices can flourish in their communities. It is also where decisions are made that most directly affect the daily life of one’s constituents. This is exactly why American Majority trainee Tyler Martell decided to run for the Manitowoc County Board in Wisconsin.

The introduction of the novel covid-19 to his campaign, though unexpected, did not prevent him from reaching voters and sharing his message.

“Because of the virus, I had to change the ways in which I was reaching out to voters,” Martell said, “[such as] canceling in person events, more social media, and literature drops instead of door knocking.” 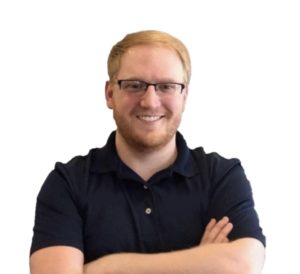 On the campaign trail, he found that “Money doesn’t win elections, hard work does. Knocking on doors and making personal contact with voters is the most effective way to run a successful campaign. I was outspent by my opponent 3-1, but I won because I worked harder.”

We’ve seen the same in our work here at American Majority. There is no perfect substitute for meeting with constituents face to face to hear their grievances as well as their  hopes for the community.

“If I could change anything, I would have started knocking on doors earlier. Because of COVID-19, I suspended my door knocking campaign and I didn’t get to meet as many voters face to face as I would have liked.”

When campaigning, it is important to remember that people hold diverse opinions and are often quick to point fingers at other people’s apparent flaws and failures – especially when you are running for office.

Martell says that “The most difficult part of running for office is opening yourself up to criticism. Not everyone you come in contact with will agree with you, but it’s important to remain strong in your convictions and not take it personally.”

With the combined force of our webinars and online courses, campaigns can feel prepared to continue to share their message by talking to the hearts of voters and adapting to the times.

For anyone considering running for office, County Board member Tyler Martell says “Don’t be intimidated by the work, because it is work worth doing. Don’t think you’re not qualified, because you definitely are. Just do it. You’ll be glad you did.”