Fighting for their Children’s Futures

Just a few dozen parents who were disturbed when their community’s school board decided not to open up the schools for their kids to return in the fall last year. They shared their thoughts, their worries for the damage this decision might have on their children and the mitigation policies that transformed nurturing places of learning to places that resembled juvenile detention centers.

As more and more policies came forward and were passed, these parents began to realize how instrumental a role the school board actually played in dictating the lives of their children. They started collecting signatures of people who shared their frustrations and felt like the school board wasn’t listening to them and ought to be recalled for failing to govern for the people who elected them to their positions.

This is the story of many communities throughout the country, but today we will just highlight the ongoing fight within one. 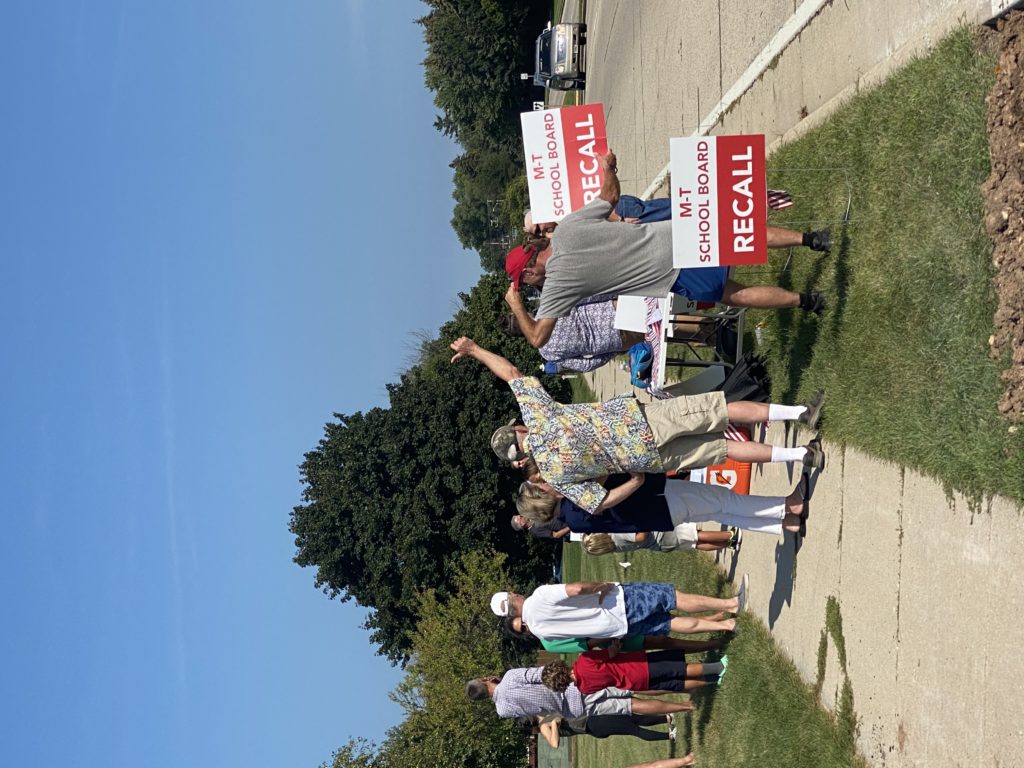 In the Mequon Thiensville school district in Wisconsin, 4,482 signatures were just dropped off to be certified – well, over the requirement to recall four of their school board members that were leading this damaging charge.

“I just assumed that they were acting in good faith,” Scarlett Johnson, a parent and leading voice for this effort, said. “I didn’t know what their role was, I didn’t really investigate it. I didn’t know how much power they had. I didn’t realize the things they were doing and I certainly had no idea about Critical Race Theory.”

Those signatures were put on their district website by their superintendent and the district staff within five days of receipt for anyone to view. Since the signatures have not been certified yet, this leaves plenty of time for individuals to be intimidated into recanting their support.

This is not required by statutory law, though they are open records that can be accessed if requested. Yet these signatures were preemptively prominently placed on their taxpayer-funded website in another in a long line of actions that have deeply troubled the parents and families they were elected to represent.

“Over the past few years it has really taken a sharp left turn. Where things were leaning left, now it’s bordering on insanity,” Johnson shared.

Now instead of discussing the failing grades and student participation rates, schools are touting their levels of diversity all while their students would be unable to read this article. They tell children that the country in which they live is evil, hateful, and racist – a word which has been bandied about that it has nearly lost all meaning. Yet it is only in a country such as ours that such disgruntled voices would be tolerated, let alone embraced in political and academic circles. 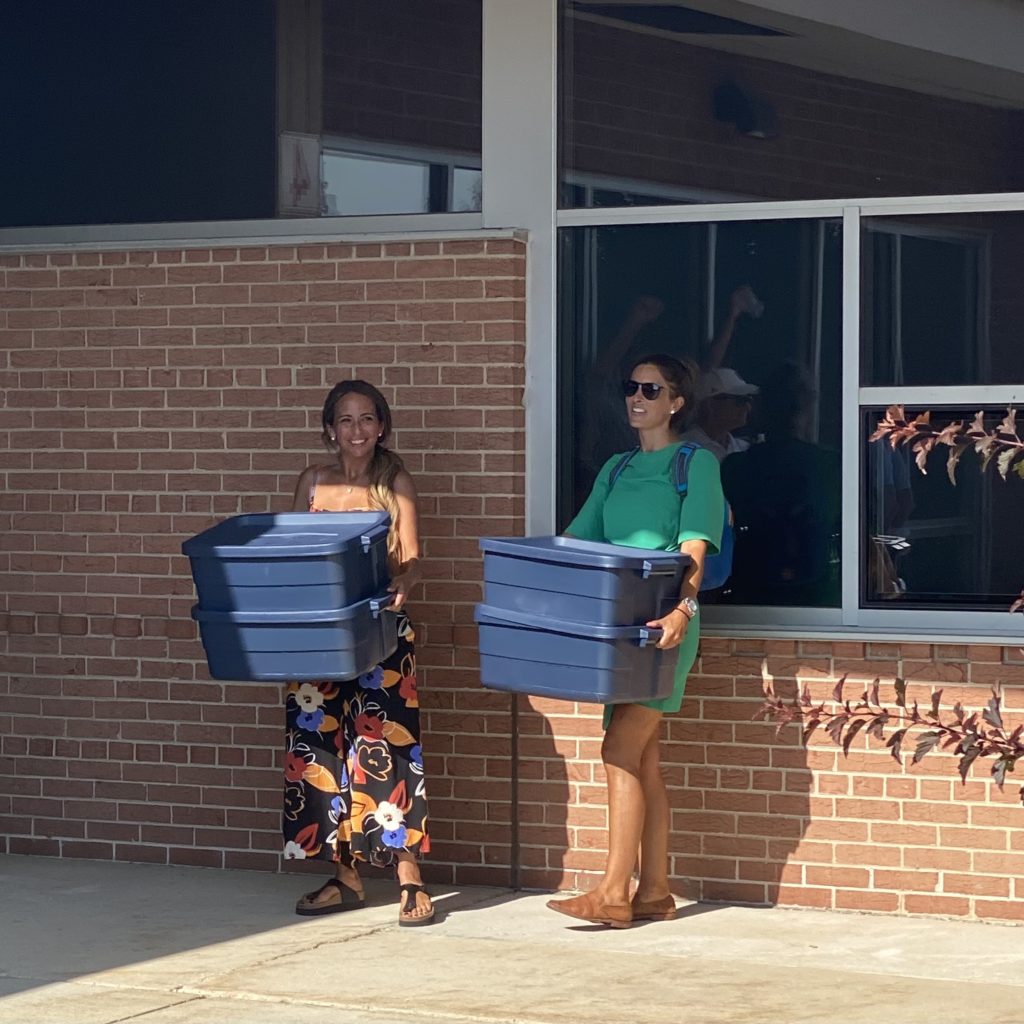 “I think this is the greatest country in the world. I am thankful everyday that I was born here, and this is the only country in the world where a kid who was born to a fourteen-year-old, unmarried, Puerto Rican mom can be in the position that I am now. This doesn’t happen everywhere. In most countries,the station that you’re born in is the station you’re going to die in. There’s just so much opportunity here, which is evidenced by all of the people that are doing everything they can to get into this country. Yet, we are told that this system is something that has to be remade.”

Parents like Scarlett Johnson have been forced into the role of activist, a role they never intended to play, yet one she has been vastly successful in. Yet whereas the Left is perpetuating the prevalence of politics in the classroom, Scarlett, and many others like her, are advocating for politics to remain outside of the school doors and for teachers and administrators to merely provide children with the critical thinking skills in order to make up their own minds rather than be spoon fed Leftist propaganda.

Yet throughout the country, parents and community members are seeing first hand the Left’s inability to simply provide children with an education. “The Left is no longer able to keep politics out of the classroom. They are activists. They are die-hards, they are ideologues. They almost have a religious mission to spread this in the classroom.”

It is little wonder, then, that historic numbers of parents have elected to pull their children from the public school system and educate them at home or enroll them in private schools. Yet not all parents are lucky enough to have this option.

For those that have made this difficult decision, you can still seek change in your district. If not for yourself and your children, then for the generations to come, so that they might have the option to enroll their children in public schools where you did not.

“What’s really worked for us is showing the decline in education, the inevitable result of a lot of these bad practices. You also show that teachers are increasingly unhappy with the state of education because they no longer have control of their classrooms. They have to defer to state entities and administrators. My goal is to bring about academic excellence and to win back the school board and then to really start a movement where the schools are ideology free zones.”

“We’ve got to expose this. We cannot just sit by and let this narrative fester and grow. This narrative that teachers’ unions care and conservative parents don’t. That’s just not true, and we’ve let this narrative persist for way too long, and we have to turn it back. We have to show that we actually care about all kids.”

We are seeing encouraging news around the country as communities rise up against overreaching, Leftist dominated school boards and local entities. Tens of thousands of signatures have been gathered, court cases are underway, and leaders are emerging to take up the fight.

“This is a marathon, not a sprint. You have to celebrate each little victory and you’ll feel there will be tons of defeat and tons of backlash, but every little victory is getting you one step closer to reaching the goal.” There are times when we will feel discouraged. When we will feel like our efforts are fruitless and our voices are not heard. Yet it is in those very moments that we must persevere, despite the difficulties we face.

“The time we’re born in, right now, is a difficult time,” Scarlett Johnson said. “This is our moment to stand up and be courageous because if we aren’t as courageous as our ancestors were, we will lose our Republic as we know it. Our Republic, our values, our way of life is at stake right now. Make no mistake about that. So you have to stand up and have courage during these times. And if enough people do, we will win.”