Why Bother With Debates? 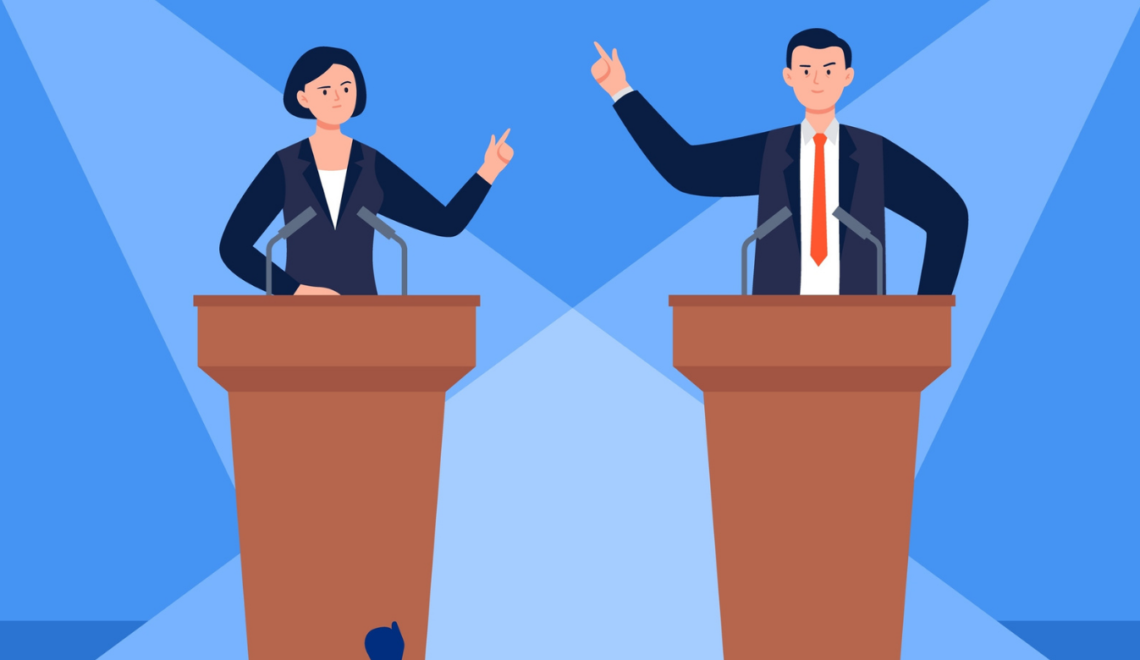 “Those seeking higher office or reelection have a responsibility to show the public they are up to the challenge of the coming years. That means showing up to debate even if they can’t predict the outcome.”

Believe it or not, this quote is not from a right leaning newspaper from this year. This quote is from the LA Times last year in the days leading up to the midterm elections.The unapologetically leftist media supported debates then, but now they’re singing a different tune.

Though the Biden campaign has agreed to participate in three Presidential debates, it remains to be seen if these debates will at all resemble debates of the past.

So why should we bother with debates?

There are a host of reasons why debating is an essential part of our political process.

For many people, the debates are when they begin to pay attention to the two major party candidates running for the office and give an ear to the policy stances they claim to hold.

Candidates have been discussing their policies for months now on the campaign trail. Debates serve as an opportunity to question their stances, how they will benefit the country and also question the candidate themselves on their experience and expertise.

3. Watches firsthand how the candidates comport themselves under fire.

Careers are made in preparing candidates for debates, but at the end of the day, the candidate is the only person who will have to stand at the podium and field questions from the moderator and jabs from the opposing candidate. Debates are a fantastic opportunity to see how a particular candidate will handle him or herself in this tense environment.

4. Holds a candidate accountable for policies explained and promised during debates.

When one of the candidates on the debate stage inevitably secures the White House in November, the public can hold them accountable for the promises made during debates. This is a crucial role that the American people get to play in the political process and debates help them accomplish that.

These are only a few of the reasons why debates are important for the American people to decide who their next president will be.

As we gear up for the first Presidential debate on Tuesday, September 29th, let’s remember why we debate and see how the two candidates rise to the occasion.