The Crisis Stars Aligned for the Left in 2020

As Sir Winston Churchill so famously said at the end of World War II, “Never let a good crisis go to waste.” Churchill saw the crisis of what was a horrific war as an opportunity to remake the world into a more free society. Inversely, when Rahm Emanuel said in 2008 regarding the financial crisis, “Never allow a crisis to go to waste,” and then again in 2020 regarding the COVID-19 pandemic, he meant it not as an opportunity for more freedom and tolerance, but instead an opportunity to implement more socialist ideals and policies intolerant of conservative ideas and voices by using the moment to change the fundamental way we choose our government.

Just as conservatives have been working and prospering in our free market society and believing in equality, free speech, and self-determining liberty, quite frankly the left has been plotting against these virtues, seeing our laissez-faire attitude regarding interfering into other people’s lives as an opportunity to mold the conversation around leaving other people alone. “My body; my choice” is a prime example of this. By framing the conversation around leaving people alone, rather than the child inside of the mother, they have appealed to our inclination to leave people alone.

While conservatives are busy leading their lives and failing or succeeding based on their abilities, hard work and perseverance, believing in equality of opportunity, the leaders on the left believe in and strive for equality of outcome. They believe society will only benefit if all of society succeeds equally. They have been busy working against a merit-based society and implementing their version of a fair society based on their perceptions of people’s oppressed status. 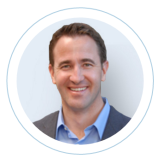 Ned Ryun is a grassroots and conservative activism expert. He is the founder and CEO of American Majority, a non-partisan political training institute whose mission is to identify and mold the next wave of liberty-minded candidates, grassroots activists and community leaders. Since its founding in January of 2008, while under Ryun’s leadership, American Majority has trained over 36,000 candidates activists and in September will celebrate their 1,000 in-person training as part of an unprecedented national effort to recruit new community leaders. A former writer for President George W. Bush and the son of former Olympic medalist and U.S. Rep. Jim Ryun (R-KS), Ned Ryun is highly sought after for his commentary on Tea Party politics, the national political scene, grassroots engagement and the conservative movement in general. Ryun has appeared on Fox News’ “The O’Reilly Factor,” “Hannity,” “Special Report with Brett Baier,” “Your World with Neil Cavuto,” “Fox & Friends,” ABC’s “World News Tonight” and has been quoted in numerous print publications including Time Magazine, The Wall Street Journal, The New York Times, Los Angeles Times, USA Today, Politico, The Washington Post, and The Washington Times. He also writes a monthly column for The American Spectator. Prior to launching American Majority, Ryun founded and directed Generation Joshua, a civics education program for middle and high school students that reached a membership of nearly 10,000. Ryun graduated with Highest Distinction (summa cum laude) from the University of Kansas with degrees in English and History. Together with his father and twin brother, Drew, he also authored Heroes Among Us and The Courage to Run. Ned Ryun resides in Purcellville, Virginia, with his wife and four children.
X